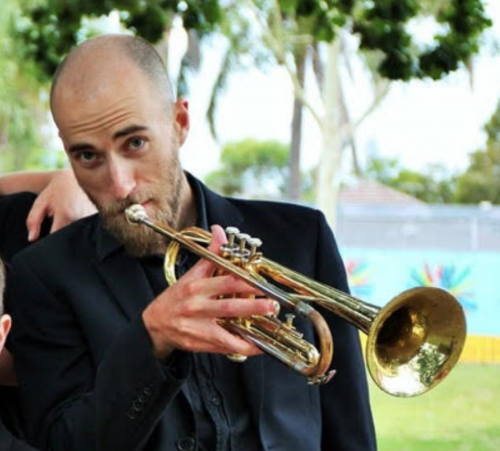 Matt grew up in Albury and has been performing trumpet since the age of six. Soon after he began to sing and practise the piano. He received his Associate Diploma in trumpet performance in year 10 and has a Gold Duke of Edinburgh’s Award.

In 2009 Matt accepted the prestigious $70,000 Cooper Music Scholarship to complete his Higher School Certificate at Canberra Grammar School. On graduation, he was awarded School Colours for outstanding performance in the field of Music and a CGS Medal.

After studying trumpet at the Australian National University with Anthony Heinrichs, he moved to Sydney to study with Andrew Evans and Leanne Sullivan at the University of Sydney. He specialised in the baroque trumpet.

Matt has performed with the Australian Youth Orchestra and toured with Australia’s National Children’s Choir, Gondwana Voices, including singing in the opening and closing ceremonies of the Melbourne Commonwealth Games and performing in the Royal Albert Hall. He has spent time singing with church choirs such as St Matthew’s Albury and St Laurence in Sydney. In 2012 he conducted at the Australian International Symphony Orchestra Institute in the Emerging Conductors’ Program.

In 2014 Matt was offered the Eugene Goossens Conducting Scholarship and studied with Maestro Eduardo Diazmuñoz. He has been actively writing music since a young age and has won composition prizes including first place in the Australian Children’s Music Foundation Songwriting Competition. He has been commissioned to write for various ensembles and school groups.

Matt was Music Director of the Eastern Sydney Chamber Orchestra & Choir in 2014-2015.